Jade talks about her struggle to obtain a diagnosis of psoriasis, and the long process of trial and error to find a treatment to manage her skin and get her feeling like herself again. 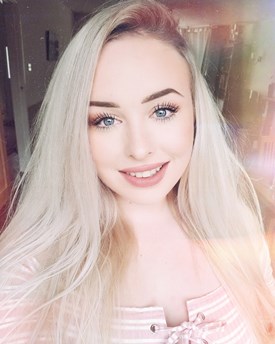 My first encounter with psoriasis was when I was around 15 and developed red, sore patches of skin all over my back. When I visited a doctor about this they said they did not know what it was, but probably down to stress as I was doing my GCSEs at the time. I was given a cream for it, and sent away - no further tests, no second opinion and no diagnosis.

I thought nothing more of it as my skin soon settled and I never had any issues - until about 2 years after. The once red, sore skin had returned; only this time flaky, itchy and uncomfortable at around the time of my A-levels and moving into uni. It covered my back and spread to my elbows; and day by day the patches were growing. The slightest bump on my skin would leave it cracking and bleeding - even bending my elbows was incredibly uncomfortable. I consulted the doctors again, only to be seen by a nurse who had no idea about skin and got multiple second opinions - to which they suggested it 'might' be plaque psoriasis. With no idea or information about this, I quickly researched what this was, feeling lost and alone with no clinical support. However, with the prescription of a different topical treatment, my skin settled - but this time, it did not completely disappear.

Months I went on with this medication, however that became ineffective within 6 months and my skin had another flare. It was then decided I should be put on Enstilar; the strongest steroid spray/topical treatment I could be put on. Again, my skin responded extremely well at first, fading until almost completely disappearing. This time I lasted about 18 months before my next flare, where it felt like my skin was fighting back against the steroid spray. It was as if because I was stopping it from coming up in one place it would spread somewhere else. I was worried, my suspected psoriasis was spreading more than I could keep up with. 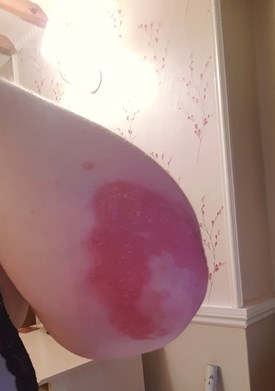 Again, back to the doctors. I wanted to be seen by a dermatologist and referred for further treatment. I had read about alternate treatments when the topical medications were not working and I needed to try and help my skin. Not only was it affecting me physically at this point, but also mentally. The doctors informed me it would be a 6 month + wait to see a dermatologist and even then I might not be guaranteed an appointment, so I decided to go private. The dermatologist provided me with medications to improve the scales and itching of the skin immediately and I had a referral to the NHS for light therapy within the week - again, I was informed there was a waiting list of 6 months but I simply couldn’t afford to go private for £30 a session, twice a week, for 30+ sessions.

To my surprise, about a month went by and I had my first light therapy appointment come through in the post! I knew it might not work, that there is no cure, but there was hope! And I had to try!

I am now 24 years old, currently receiving light therapy for my skin, the plaques have faded massively, and no longer become cracked, sore or bleed. I am on over 10 medications for my skin, but even if all I have is management and control over my skin without pain, I can live with that. I have accepted this is how I am and what I have to live with. But I understand how alone and damaging it can be to mental and physical health which is why I want to support others in their journeys too.